Doctor Strange in the Multiverse of Madness Outfits 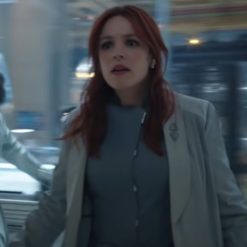 In The Multiverse Of Madness 2022 Dr Strange Coat

The upcoming American superhero film Doctor Strange in the Multiverse of Madness is based on the Marvel Comics character Doctor Strange. It is the sequel to Doctor Strange (2016) and the 28th film in the Marvel Cinematic Universe. Further, it is produced by Marvel Studios and released by Walt Disney Studios Motion Pictures. Sam Raimi directed this movie and it was written by Michael Waldron.In the cast list, who plays whom? So, in terms of the main characters, we have

Overall, can you tell me if you think it's possible for you to say no to the chance of trying on the clothing of such competent characters? I recognize it isn't, so keep reading to find out what your genuine outfit is!

Dr. Stephen Strange casts forbidden magic that opens the doorway to the multiverse, including various versions of himself, whose threat to humanity is too great for the combined powers of Strange, Wong, and Wanda Maximoff a few months after the events of Spider-Man: No Way Home.

In The Multiverse Of Madness 2022 Dr Strange Coat

Each piece in this series is designed to bring out the best in you. These garments are more than simply a covering; they are a tool to enhance your beauty and charm. Furthermore, each costume was designed by our professionals to be their one-of-a-kind item in the world. As a result, never doubt their ability when making a decision. With the purpose of ensuring that clients like you have access to the greatest clothes available, we used a strict value affirmation technique

So, once again, we promise you that you can place your trust and confidence in us and shop for clothing without worrying about size or eminence. moreover, if you are a fan of wearing Movie Jackets so check out this Collection of Ms. Marvel Jackets, Jurassic World Dominion Jackets, Red Notice Outfits, and Much more.

How long is Doctor Strange in the multiverse of madness?

The runtime for Marvel Studios' Doctor Strange in the Multiverse of Madness has finally appeared online, with only one month till it hits theatres. The Benedict Cumberbatch-led superhero film will be two hours and six minutes long, according to a listing on Fandango.

She is far more powerful as a hero than Doctor Strange and most other MCU heroes and villains, so there's no knowing how powerful she will be if she is allowed to be nasty and uncontrolled.

Is Doctor Strange a villain or hero?

Doctor Stephen Vincent Strange, commonly known as Doctor Strange, is a Marvel Comics hero who is the main character in his own book as well as a regular member of The Defenders.

Doctor Stephen Strange is a fictional character that appears in Marvel Comics' American comic novels. The character was created by Steve Ditko and Stan Lee and first appears in Strange Tales #110. (cover-dated July 1963).

What Will Doctor Strange in the multiverse of madness be about?

Dr. Stephen Strange uses forbidden magic to create a multiverse portal. However, a threat comes that his team may be unable to handle.

Did Scarlet Witch create the multiverse?

The most logical explanation is that Sylvie, Loki, and Scarlet Witch's acts set the stage for the universe, but Doctor Strange's spell expedited the consequences, blowing the doors wide open and letting other realities to in

Is Brother Voodoo in Multiverse of Madness?

DOCTOR STRANGE IN THE MULTIVERSE OF MADNESS is said to feature Brother Voodoo. Last year, a casting call for a character that matched his description was purportedly sent out.

Who is playing Doctor Strange in the Multiverse of Madness?

Doctor Strange 2 stars Benedict Cumberbatch in the starring role and picks up where Spider-Man: No Way Home left off.