Guardian of The Galaxy 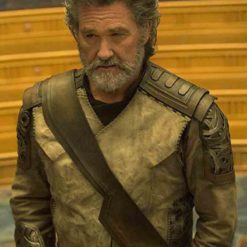 Guardians of The Galaxy 2 Ego Jacket 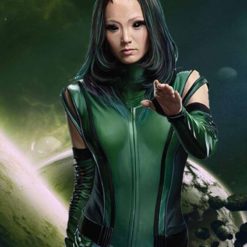 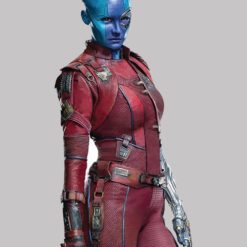 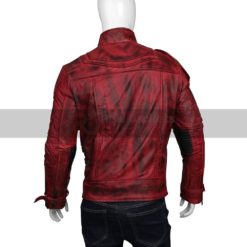 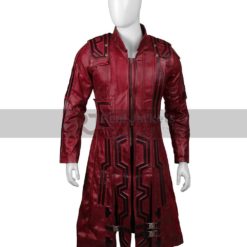 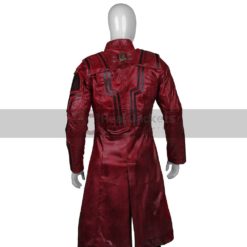 GUARDIAN OF THE GALAXY 2

We all are very well familiar with the Marvel Cinematic Universe(MCU), Basically, Marvel Studios, (originally known as Marvel Films from 1993 to 1996) is an American film and television also a division of The Walt Disney Company. Marvel Studios is known for the fantastic production of the Marvel Cinematic Universe films, which were totally based on characters that appear in Marvel Comics publications.MCU give their best on every single project, storyline, cast, and high level of VFX including the character's costumes each and everything they work with very professionally. CAST OF GUARDIANS OF THE GALAXY

PLOT OF THE MOVIE

In 1988, after the death of his mother, young Peter Quill is kidnaped from Earth by a group of alien thieves called the Ravagers. The Group was led by Yondu Udonta. In 2014, on the abandoned planet Morag, Quill steals a mysterious Orb but is attacked by forces of the fanatical Kree renegade Ronan the Accuser led by Korath. Although Quill escapes with the Orb, Yondu discovers his theft and issues a bounty for his capture, while Ronan sends the assassin Gamora after the Orb.

The Quill's join with the Nova Corps to confront the Dark Aster at Xandar, with Quill's group breaching the warship with the Milano. Ronan uses his Warhammer to destroy the Nova Corps fleet. Then Drax kills Korath and Gamora defeats Nebula, who escapes. but the group finds themselves lost by Ronan's power until Rocket just hit and crashes a ship through the Dark Aster. Then Groot sacrifices himself to shield the group. Ronan emerges from the wreck and prepares to destroy Xandar, but then Quill distracts him, allowing Drax and Rocket to destroy Ronan's Warhammer. In end, Quill holds the freed Stone, with their friends Gamora, Drax, and Rocket sharing its burden, using it to vaporize Ronan.

COSTUMES & OUTFITS IN THE MOVIE Pom Klementieff Green Leather Vest was one of the smart and eyecatching costume just worn in the following movie. You can wear this at casual events and also at fancy dress parties. The Green color of the vest makes your appearance bewitching. Guardians of The Galaxy 2 Ego Jacket

Kurt Russell Guardians of The Galaxy 2 Leather Jacket: wear this unique attire and just stand out on every occasion. The following jacket has the ability to give you the lion-hearted soldier vibes. The thing which makes this outfit more enthralling and marvelous is the premium quality leather used in it. Star-Lord Guardian of The Galaxy Coat

Chris Pratt Guardian of The Galaxy 2 Maroon Leather Coat: Simply hold your breath right now and focus on this coat. The coat, however, was enhanced by its remarkable appearance and red hue. Additionally, this alluring coat is a great option for people who wish to look just like the Star-Lord. You can wear it and stand out at any fancy-dress party.

Ans: A powerful race known as the Sovereign employs Peter Quill and his fellow Guardians to guard their priceless batteries against intruders. The Sovereign sends out their armada to take revenge after Rocket has stolen the items they were sent to guard.

Ans: Guardians of the Galaxy Vol. 2 is an all-around superior movie to the first one in terms of visual effects. It also boasts a colorful cast and group of characters, great music, action, and special effects.

Ans: Recently after, the official Twitter handle of Marvel's Guardians of the Galaxy just confirmed that it will not be connected to the Avengers series. the Guardians have its own original story.

Ans: Groot appeared in Avengers Assemble as a member of the Guardians. Groot is one of the stars of Guardians of the Galaxy and also part of Marvel.

Ans: The Galaxy Vol. 2 is the latest adventure in the Marvel Cinematic Universe, chronologically it's actually a prequel to Avengers: Age of Ultron, and Captain America: Civil War.

Ans: In footage for Taika Waititi's second MCU movie has confirmed that there is no Fat Thor anymore, even working on a project God love and Thunder working out to get back to his former shape before Thanos' genocidal Infinity War snap.