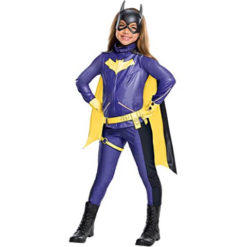 The Penguin The Batman 2022 Black Coat

We are glad to serve the customers for a long time. The Real Jackets believe in fulfilling the desire of their consumer with sincerity. Our team made the product with the finest quality of the material. In the past, We brought a wide variety of products associated with your favorite celebrities, movies, and tv series.

There are other numerous heroes features on-screen but none has the iconic personality like Batman. The alluring and daring character of Batman is admired by the audience. Moreover, It makes our childhood thrilling and wonderful. Besides it, here is a short introduction about his character. Batman is a superhero that appears in DC Comics' American comic books. The character was created by artist Bob Kane and writer Bill Finger. Batman is the alter ego of Bruce Wayne, a rich American playboy, philanthropist, and industrialist who lives in Gotham City, according to the DC Universe. After witnessing the death of his parents, Thomas and Martha, Batman swears revenge on criminals in his original narrative, a vendetta tempered by the ideal of justice. He works out both physically and mentally, adopts a bat-like image, and patrols the Gotham streets at night.

Batman is a new American superhero film based on the DC Comics character of the same name. DC Films is in charge of the production and distributed by Warner Bros. Pictures. Matt Reeves directed the picture, and he co-wrote the screenplay with Peter Craig. Robert Pattinson portrays Bruce Wayne / Batman in the movie.

The Batman (2022) story follows, During Batman's second year of crime-fighting, he chases the Riddler, a serial assassin who preys on Gotham's elite. During the inquiry, he finds corruption that has ties to his own family, and he is forced to form new alliances in order to apprehend the Riddler and put the guilty to justice.

Apart from the story, Jacqueline Durran was in charge of costume design, and Glyn Dillon worked on Pattinson's Batsuit for a year. On the fashionable side, Many fashionistas consider Batman to be one of their favorite characters. Our craftsmen made the imitation of these costumes for the fans at a very reasonable cost. The Batman 2022 Outfits Collection has incredible Costumes, strengthen your fashion game by wearing these spectacular outfits.

Further, we  constructed these outfits with finest material and the high-quality stitching makes it more durable as well as these soothing material keeps you cozy and pleasant .With these distinctive and seductive Batman (2022) Costume Jackets, you will add a dash of glitz and glam to your personality. It will also offer class to your body language. So, what's stopping you from wearing these eye-catching outfits. Take advantage of this Batman suits as soon as possible. Apart from it, we have a wide variety of superhero costumes and film outfits that you also should check out. Express your devotion for batman by wearing this alluring Batman Jacket which gives you an icon look and also, gives you a heroic vibe. Flaunt your charming looks and steal the attention of gatherings while wearing this appealing Catwoman Jacket Coat. These are the most elegant and attractive Flim outfit from The Batman 2022 Outfits Collection. This attractive Jacket is made with suede leather. Further, It has a voguish attribute that can elevate your appearance.

Now Take a deep breath, Select your favorite outfit from Batman 2022 Costume Jackets and seize it for yourself.

Who is the villain in The Batman?

The Riddler That's because the famed actor (Prisoners, There Will Be Blood) is portraying Batman's major nemesis, Edward Nashton a.k.a. The Riddler.

As a result, there will be no origin tale in this film, nor will there be an origin story for Ben Affleck's Batman. Instead, Reeves has stated that The Batman (2022) will be a standalone film set in a universe distinct from the original DCEU.

Is there a Joker in the new Batman movie?

The Batman will be jam-packed with Gotham's enemies. The Joker will only make a quick cameo appearance near the end of the Robert Pattinson film. The Riddler, Catwoman, and Penguin will be the center of Batman's attention.

Why does Batman wear a costume?

Batman wears this costume to hide his identity as well as to scare criminals. Most variants of the Batsuit include some sort of body armor, as well as night vision, gas filters, and other combat aids and protection.

What is Batman's outfit called?

The Batsuit is Batman's official costume.

What does the Batman suit symbolize?

The Batman emblem speaks for something hopeful, powerful, and essential with regard to our deepest desires.

Who was the last Batman actor?

Michael Keaton is a member of a prestigious group of performers who have had the opportunity to play Batman on screen. Over the years, only a few actors have played the DC superhero, including Christian Bale, Adam West, and Val Kilmer.

Who played Batman the most?

Christian Bale has become the first actor to play Bruce Wayne and his alter-ego on screen more than twice.