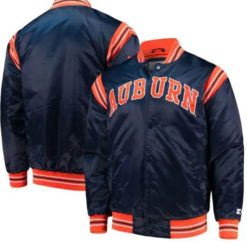 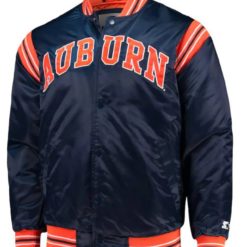 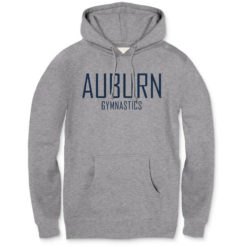 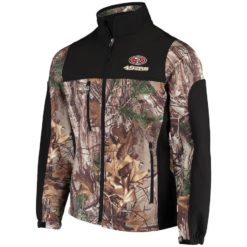 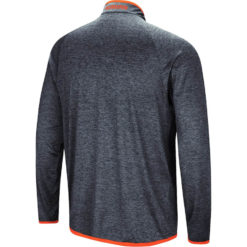 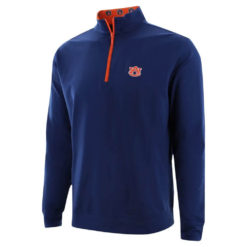 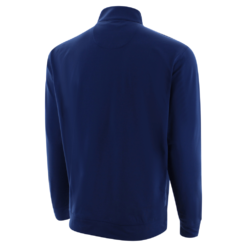 Hey! Are you seeking something informal but with voguish qualities to elevate your personality? Then Real Jackets is the perfect spot for you.

Our extensive range of costume collections includes iconic outfits to enrich your wardrobe. Not only that, but the technical features of our costumes are so dynamic that they can keep you warm even in cold situations. Furthermore, when it comes to modish features, garments are so up-to-date that the only thing you will obtain with your expanding steps is appealing compliments on your dazzling persona.

Today, real jackets are here with fashionable news for all the Auburn Tiger fans. We have focused on your casual fashionable desires. Hence, we have launched Auburn Tiger Outfits, which includes outfits compatible with bomber jackets when it comes to weather conditions. But are far more modish that take care of your casual wardrobe.

Who Are Auburn Tigers

Auburn first competed in intercollegiate football in 1892. The Tigers entered the Southeastern Conference as one of the conference's founding members in 1932, and when the conference split in 1992, the Tigers moved to the West Division. Auburn has had 12 undefeated seasons, 16 conference championships, and ten divisional titles. The Tigers have appeared in 44 postseason bowl games, including 12 historically notable bowl trips.

Furthermore, Auburn is ranked as the 14th best college football program in history by the College Football Research Center, with eight Auburn teams mentioned in Billingsley's Top 200 Teams of All Time. In their power rankings released following the 2010 season, The Bleacher Report ranked Auburn as the 18th finest program of all time.

Moreover, One of the most recognizable helmet marks in college football. The Beanie Tiger, Auburn's most popular vintage mark, has been around since the 1950s. One of Auburn's more perplexing symbols is a bald eagle, despite the fact that the symbol for Auburn University and the official War Eagle is usually a golden eagle.

Auburn tiger jackets are incredibly different and have a vibrant feeling, and due to their striking color contrasts, they have the voguish features that take your persona to style iconic glance.

Furthermore, the distinctive patterns combined with the vibrant colors make them an excellent choice in the casual jacket collection. On the fashion front, imaginative embezzlements relating to basketball and gaming scores offer value to the trendy qualities of Auburn Tiger Bomber Jackets.

genuine jackets feature a variety of costume sets based on popular celebrities, movies, and TV shows. Our Auburn tigers jackets line, on the other hand, has a special place in our leather jacket collection.

Furthermore, we provide lakers jackets at a very cheap cost that no other brand on the internet provides. Auburn Tiger fanatics, rejoice! Don't pass up this fantastic apparel opportunity and buy the clothes right away to project a commanding presence in the crowd.

Although every outfit is remarkable, there is some outerwear that is really out of this world and is most demanding among basketball fans. So we would like to draw your attention towards them to help you design your wardrobe in a modish way.

The dazzling color contrast between black and yellow adds value to the fashionable attributes of this varsity jacket. Moreover, the Auburn Tiger logo on the front and back alongside the name on the sleeves makes it a perfect piece in our men’s winter jackets.

The Auburn Tigers Colosseum Jacket features a striking contrast of blue and orange colors, making it stand out in a casual jacket collection. In addition, if you look at the local radar, you'll observe that the weather for the day is a touch cool with a mild breeze. Put on this premium jacket before you leave the house to complete your look.

What is Auburn football known for?

The Tigers have appeared in 44 postseason bowl games, including 12 historically notable bowl trips. Tigers quarterback Pat Sullivan won the Heisman Trophy in 1971, running back Bo Jackson in 1985, and quarterback Cam Newton in 2010. In addition, Auburn has produced 29 consensus All-Americans

What type of football does Auburn use?

Eagle, fight! This football was designed and constructed to the precise specs of Auburn football. Team Issue developed the ball and its design according to the team's needs after evaluating various shapes, sizes, leathers, grips, and laces.

Does Auburn have a real tiger?

Aubie is a tiger. Aubie, Auburn University's tiger mascot, is in his 37th season as a spirit leader and goodwill ambassador. He is the only mascot to have won nine UCA National Championships, the most of any mascot, and the first to be inducted into the Mascot Hall of Fame.

Is Auburn a Tiger or an Eagle?

Auburn's sporting teams are known as the Tigers, and the mascot is Aubie. Auburn's war cry is War Eagle, and the emblem is a living golden eagle named Aurea, or War Eagle VIII, who dwells at Auburn University's College of Veterinary Medicine's Southeastern Raptor Center.

Where do the Auburn Tigers play?

Football/Arenas/Stadiums for the Auburn Tigers

Pat Dye Field at Jordan-Hare Stadium, with a capacity of 87,451, is the nation's tenth-largest on-campus stadium and has been the home of the Auburn Tigers since 1939.