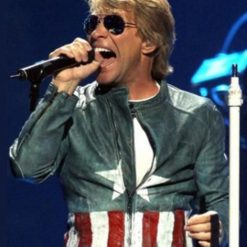 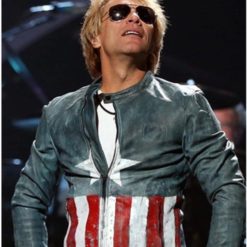 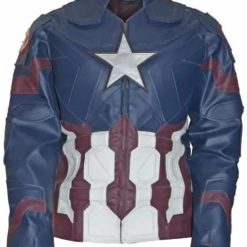 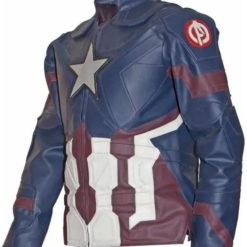 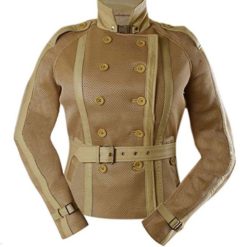 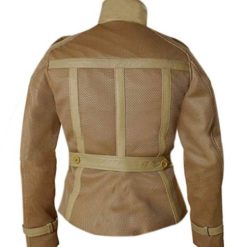 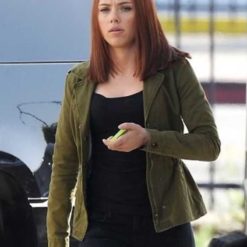 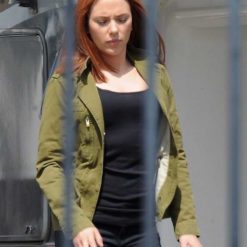 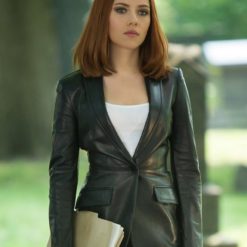 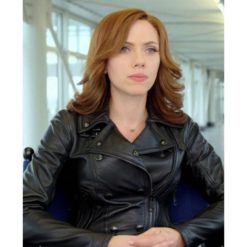 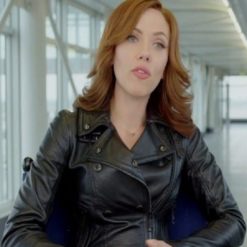 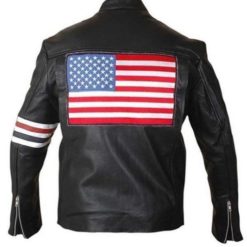 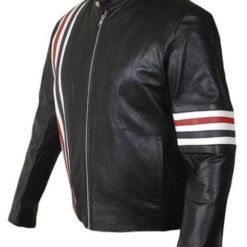 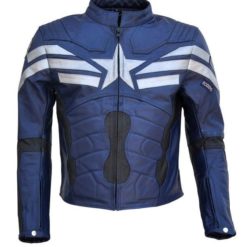 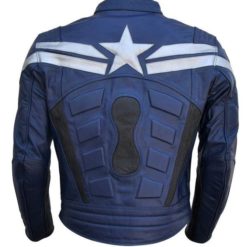 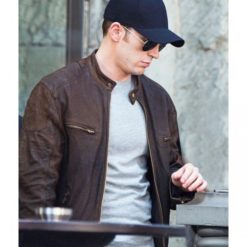 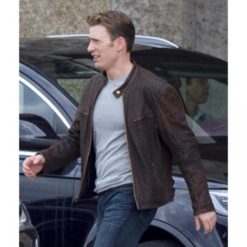 Real Jackets to present our customers with their desired jacket or coat. Every product was manufactured using high-quality materials, and each piece was stitched by our trained artisans for a look you won't be able to resist. Because we emphasize innovation and excellence, you can trust us without fear of being misled. We've previously presented you with a variety of intriguing clothes, but this time we've presented you with a collection that will astound you.

Let's come to the point, It is always a dream from our childhood to dress like our favorite superhero for one day at least. However, now you can wear it whenever you want.

Hold your breath! Here's some exciting news for all you Marvel fans out there. We are introducing you to the iconic and voguish collection of Captain America Jackets and Costumes.

The Costumes has a large selection of appealing and sensational clothes that will offer you an alluring appearance. A huge range of jackets, coats, hoodies, and shirts are included in the Captain America Jackets category. It has the ability to transform you into your favorite superhero. In addition, This Captain America Outfit Collection possesses a variety of colors, patches, designs, and patterns to choose from. It's a completely different world out there. Captain America is a fictional character produced by Marvel Studios and distributed by Paramount Pictures. He is the inspiration for our fantastic Captain America Leather Jackets Collection. This Marvel figure appears in a number of films, including The Avengers, Civil War, and others. Furthermore, his true name is Steve Rogers, and he is the Avengers' heroic captain. Moreover,  He is a famous super-soldier who leads his team with bravery and expertise and is prepared to make difficult decisions for the sake of freedom. Further, He has superhuman strength and stamina thanks to an experimental bio-enhancement drug, and he wields a powerful shield.

Rogers grew up with a variety of health issues, and after multiple attempts, he was turned down for service in the United States Army when America entered World War II. Despite multiple attempts to enroll in the United States Army, he was turned down. Rogers eventually volunteered for Project Rebirth, where he was the sole person to receive Abraham Erskine's Super Soldier Serum produced under the Strategic Scientific Reserve. Further,  Rogers' physical powers were considerably increased by the serum, bringing them to superhuman levels. Rogers was forced to participate in war bond drives, where he acted as a patriotic mascot under the title of Captain America when Erskine was assassinated and SSR chief director Chester Phillips suspected him.

The main prominent thing in this Captain American Jacket Collection is that they are available in cotton, leather, fleece, and polyester material. Each assemblage product has its own set of features, but we ensure that their quality is on point because they are made by our experienced workers and every detail is checked through a monitor.

I'd like to draw your attention to a few remarkable costumes from our Captain America Merchandise collection.

These astonishing outerwear will provide you with such an attractive look that no one will be able to resist you. The Captain America Outfit Collection's vivid and magnificent ensembles are not only attractive but also comfortable and outstanding. So go ahead and shop favorite thing in This Captain American Jackets collection for your favorite thing.

If you are a die-hard fan who adores them, you should certainly pay a visit to our website since we offer everything you need.

We also have a great deal on Spider-Man Costumes, Auburn Tiger Outfits, Peaky Blinders Costumes, and Mens Jackets, Varsity Jackets that you should check out.

What Is Captain America's name?

Captain America's name is Steve Rogers, who was a would-be United States Army enlistee who was turned down by recruiters due to his tiny stature. He accepts a top-secret serum and is transformed into a “super-soldier.” Rogers joins the army as Captain America, dressed in a red, white, and blue outfit with a matching stars-and-stripes shield.

Because he arrived first, Captain America is known as the First Avenger. He's been around since the 1940s… Captain Marvel, on the other hand, was the first member of the Avengers team to be officially welcomed. Nick Fury was the one who brought her in.

Sharon Carter Captain America is taken into S.H.I.E.L.D. custody following the Civil War, where he is assassinated on the Red Skull's orders. Sharon Carter, who has been brainwashed by Doctor Faustus acting as a S.H.I.E.L.D. psychiatrist, administers the deadly blow, while Crossbones snipes at him.

Is Captain America holding any superpowers?

Captain America was created during WWII using the Super Soldier serum and then bombarded with vital rays, but he lacks superpowers and instead focuses on strength and toughness.

Who is the youngest avenger?

Last but not least, Vision, among other characters, becomes the MCU's youngest character. Because of the power of one of the Infinity Stones, the Mind Stone, he makes his first appearance in Avengers: Age of Ultron.