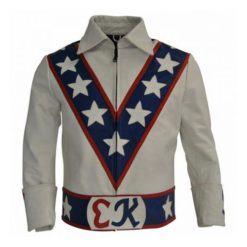 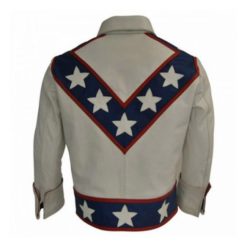 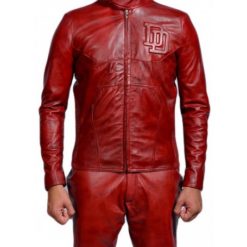 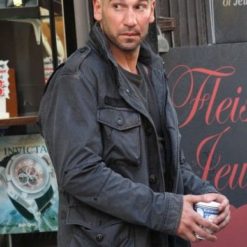 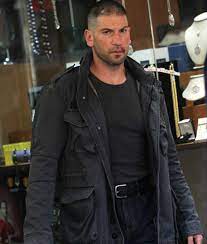 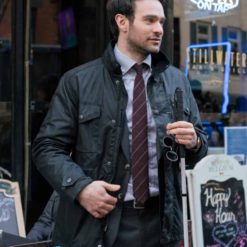 Superheroes can provide a lot of motivation. People adore them and aspire to be like them. Dress up and spend the day as a fearless hero. We have special news for “Daredevil” lovers. Real Jackets brings a fantastic collection of Daredevil Jackets. All of the main characters' signature costumes are included in our collection which gives you an iconic appearance. Daredevil is an American web television series based on the same-named Marvel Comics superhero. It is the Marvel Cinematic Universe's third television series. Marvel Television created the show, which was first broadcast on Netflix Matt Murdock, a lawyer by day, uses his enhanced senses from being blinded as a child to combat crime as Daredevil at night on the streets of New York City's Hell's Kitchen district while uncovering a criminal underworld conspiracy commanded by Wilson Fisk. In the second season, Murdock continues to manage his life as a lawyer and Daredevil, while also encountering Frank Castle / Punisher, a vigilante with significantly more lethal means, and an ex-girlfriend—Elektra Natchios. After Fisk is released from prison in the third season, Murdock, who has been absent for months following the events of The Defenders, reappears as a broken man who must choose between hiding from the world as a criminal lawyer or fighting for justice, or embracing his life as a hero vigilante.

Here are some enchanting jackets from the Daredevil Jackets collection.

The Defenders Daredevil Matt Murdock Jacket, This stunning jacket has some voguish qualities which make it appealing. It provides you a charming look as well as keeps you comfortable because of the finest material that we used to manufacture it.

Daredevil Costumes is something we create to make your fashion search easier. All of the costumes are of high quality, with superior stitching and a guarantee of dependability and durability. Additionally, our Daredevil Leather Jackets Collection is available at the most affordable pricing on the web. So, don't waste time and get your hands on it Asap.

Is there a season 4 in Daredevil?

More hazardous villains and their innovative ways to defeat the superheroes will be depicted in Daredevil Season 4. Daredevil Season 4 has yet to receive a teaser, but fans can expect it by the end of 2022 or the beginning of 2023.

Is Daredevil an Avengers?

Daredevil joined the Avengers in Marvel Comics, therefore the source material has precedent.

Is Daredevil a hero or villain?

Daredevil is a character full of paradoxes: a lawyer who believes in the rule of law but nevertheless acts as a vigilante late at night; a blind man who can “see” better than most of us. He isn't, however, an anti-hero. He's an anti-hero.

What age is Daredevil suitable for?

Is Daredevil in the Marvel Cinematic Universe?

Alternatively, Marvel might use its expanding multiverse to claim that the events of Daredevil happened in the Marvel Cinematic Universe, but not in the same reality as No Way Home or any of the studio's other MCU films. At this time, it appears that all three choices are still on the table.

Who is Daredevil's main villain?

What is Daredevil's superpower?

Daredevil's taste memory allows him to identify every ingredient in a dish or drink he tastes, as long as there are at least 20 milligrams of that item present. Murdock also possesses a special “radar sense” that allows him to feel the closeness and layout of objects in his environment.

In Netflix's original series Daredevil, we find that, while technically blind, lead character Matt Murdock ( has a sort of perception that looks like the “world on fire.” Murdock's crime-fighting “Devil of Hell's Kitchen” and “Daredevil” series are more than metaphors.

Is Karen in love with Daredevil?

Karen Page is a fictional character who appears in Marvel Comics' American comic books. Daredevil's longest-running love interest is her.

Does Daredevil have healing powers?

He has expedited his recovery. Daredevil can actually compel his body to heal faster since he has mastery over his body after so many years of training.