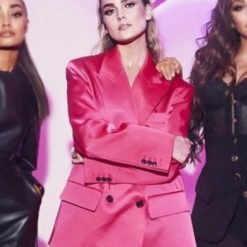 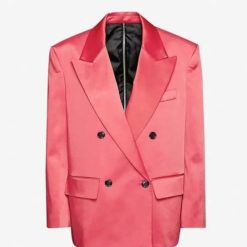 Real Jackets bring a mesmerizing I Hate Suzie Jackets and Coats collection which provides you with a wide range of stylish jackets.

I Hate Suzie is a British dark comedy-drama tv series. It was created by Lucy Prebble and Billie Piper. Bad Wolf produced it in collaboration with Sky Studios, and Prebble served as showrunner. Prebble wrote all of the episodes, while Georgi Banks-Davies directed the majority of them. Besides it, It was named one of the greatest television programs of the year by various magazines and Conor Molloy.

The Primary Plot of I Hate Suzie I Hate Suzie follows Suzie Pickles is an actress whose life is turned upside down after her phone is hacked and incriminating photos of her are exposed. Suzie fights to keep her marriage to Cob together while also safeguarding her deaf son Frank. Suzie's manager and friend, Naomi, is attempting to keep her career afloat in the meantime. Each episode focuses on one of Suzie's “eight phases of trauma,” a spin-off on the five stages of grief.

The audience adored the cast of the show. Billie Piper, Leila Farzad, Daniel Ings, Nathaniel Martello-White, Matthew Jordan-Caws, and plenty of other amazing actors star in the film. Moreover, The magnificent costumes worn by the characters in the show were definitely admired by the crowd. So we bring the I Hate Suzie Outfits Collection which provides you with eye-catching apparel for different occasions. I Hate Suzie Costumes are the ideal blend of fashion and comfort. I Hate Suzie's looks will give you the lovely appearance you've always desired.

Dressing up is usually a good way to exhibit your personality without having to say anything. And if you want to be a part of such memorable moments throughout the year. Here is the place to be! The I Hate Suzie Outfit collection features a plethora of seductive fashionable outfits that will make everyone praise your impeccable fashion sense.

Here you will find a selection of I Hate Suzie Outfits to choose from. Take a look at these and decide which I Hate Suzie Jacket you'd want to wear.

This was just a glimpse of our most popular and fashionable I Hate Suzie Collection. Besides that, These items are constructed using high-quality materials and our craftsmen's finest stitching, making them more durable. So, Now is the time to stock up on your favorite outerwear from our I Hate Suzie Outfits collection and upgrade your appearance. So, don't miss out on this opportunity to get it for a very cheap cost.

We are Offering A Huge Discount on The Duchess Outfits, Tall Girl Outfits, Supernatural Jackets, and Chicago PD Merchandise Must be Check Out This.

Why is the show called I Hate Suzie?

I Hate Suzie follows actress Suzie Pickles, whose life is turned upside down after her phone is hacked and compromising photos of her are discovered.

Is I Hate Suzie based on a true story?

“The story itself is all made up. There's a desire to say, 'That had to be autobiographical,' but hopefully, that'll pass shortly.” She does, however, depend on her own personal experience with celebrity

Who is the husband in I Hate Suzie?

Cob, Suzie's husband, appears to be a terrific person at first — gorgeous, capable, a decent parent to their deaf kid, and tolerant of Suzie's work and the chaos it causes.

How many episodes of I Hate Suzie are there?

Who is Naomi in I Hate Suzie?