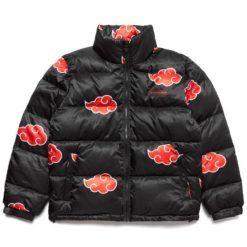 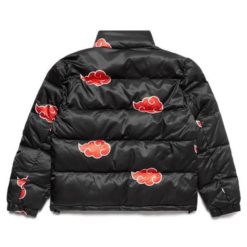 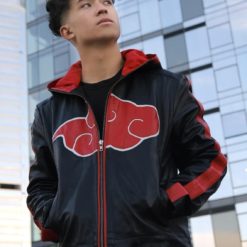 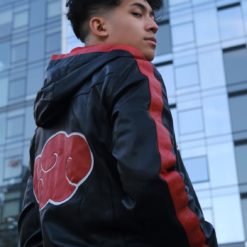 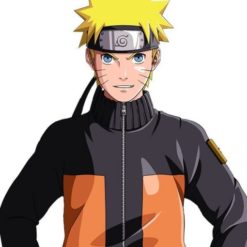 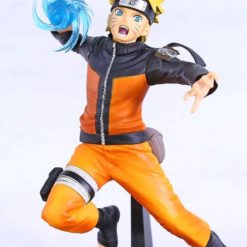 Naruto is a Japanese manga series written and illustrated by Masashi Kishimoto. It chronicles the story of Naruto Uzumaki, a teenage ninja who aspires to be the Hokage, the village's leader, and wants acclaim from his peers. The story is divided into two sections, the first of which takes place during Naruto's pre-adolescent years and the second during his adolescent years. The Nine-Tails, a powerful fox from the Land of Fire, one of the Ninja World's Five Great Shinobi Countries, attacks Konoha, a hidden leaf village in the Land of Fire. As a result, Konoha's leader and Fourth Hokage, Minato Namikaze, seals the fox inside the body of his newborn son, Naruto Uzumaki, turning Naruto into a beast's host. This costs Naruto's father his life, and the Third Hokage returns from retirement to take over as Konoha's leader. When Sasuke leaves the village, the plot twists: Tsunade dispatches a troop of ninjas to recover Sasuke, but Naruto is unable to persuade or force him to return. Naruto leaves Konoha to train with Jiraiya in order to better prepare for his upcoming battle with Sasuke, while Sakura becomes Tsunade's apprentice. Naruto returns from Jiraiya's training two and a half years later. The Akatsuki begins abducting the powerful Tailed Beasts' hosts. Team 7 and other Leaf ninjas fight them and look for Sasuke, their teammate

Aside from the storyline, visuals, and coming-of-age theme, the series is particularly praised for the traditional clothing worn by the protagonists. This is the place to go if you are a huge fan of the Naruto manga series. Here, we introduce you to the Naruto Jackets category, which has all of your favorite characters' outfits from the anime.

The strength of a powerful ninja is equal to his appearance! Get a genuine Naruto Jacket made of sturdy and breathable materials today to up your style game! Naruto jackets are the most enticing things for every fan of Naruto.

You can look through the Naruto Outfits category to see an impressive collection of jackets. It's well-made and can give you feelings of luxury and comfort. Every product is meticulously detailed to match the original character down to the last detail. We double-checked that the product's design and comfort were free of flaws that could cause problems. All you have to do is look through the category with an open mind and you'll be wearing the outfit you've always wanted. The same sense of personality can be found in our Naruto Jacket Collection.

So, here are some stunning jackets from our Naruto Costume collection!

These are just a few of the enlisted, but there are much more to explore and choose from. Aside from that, you're getting a great deal for a great price. So, pay attention to your inner voice and make your choice. Also, you can check out our more TV Series jackets Collection like Squid Game Shop, Legacies Outfits, and Undercover Jackets.

Boruto eventually regains control, but he understands the poses too much of a threat. Boruto and Kawaki decided to end things despite Naruto's protests. Boruto, much to his father's chagrin, lets his brother impale and kill him through the chest. Naruto's life has become even more terrible as a result of all of this.

Is Naruto stronger than Sasuke?

He clashed with Pain in Konohagakure shortly after and defeated him. Naruto was far stronger at this stage than Sasuke, who, despite possessing the Mangekyo Sharingan, had no knowledge of how to harness its actual abilities. Simply put, Sasuke lacked the chakra and strength to defeat him.

Does Naruto get a girlfriend in Naruto?

Naruto spends time with Hinata two years after the battle and begins to fall in love with her, confessing twice to her before she is abducted by Toneri. Naruto was heartbroken, yet he proceeded to save Hinata. Finally, they share their first kiss, and they marry a few months later.

Who is more powerful than Naruto?

Throughout the plot, Sasuke Uchiha obtained new skills at the same rate as Naruto, to the point that it became an arms race with the ultimate goal of seeing who could have the most absurd abilities.

What does Shippuden mean in Naruto?

The words “Shippuden” are made up of two words: “shippu” and “den.” Shippu is a word that signifies “a powerful and fast wind.” Den is a noun as well, and it means “legend” in this context. As a result, we obtain “strong wind mythology.” In most languages, “hurricane chronicle” is a more appropriate translation.