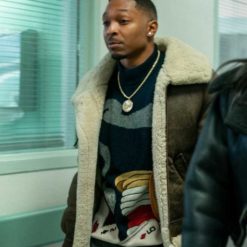 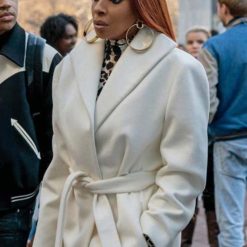 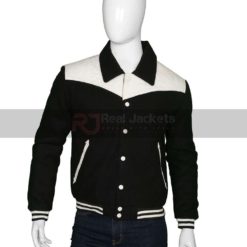 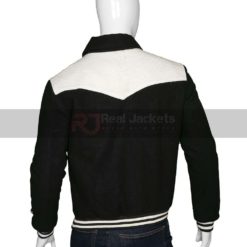 That is a one-word description of the Power Book IV: Force television series and the enthusiasm it generates. A highly enjoyable series that has captivated a large number of viewers. The series has a lot of parts that keep us interested. Characters, dialogues, a compelling storyline, a talented cast, and, of course, the obvious – clothes! When we hear the word 'engaging,' a vision of this enormous arrangement flashes before our eyes. It's unsurprising that they appear in such notable clothing because they're such fascinating individuals. Real Jackets is here to fulfill your desires with a magnificent collection of jackets from our Power Book IV: Force Outfits Collection.  Aside from that, here's a series introduction! Power Book IV: Force is an American crime drama television series created by Robert Munic.  The series is a sequel and third spin-off to Courtney A. Kemp's Power, and it follows Tommy Egan as he relocates to Chicago following the events of the main series and the season 1 finale of Power Book II: Ghost. In addition, Starz is premiering this series.

“Power Book IV: Force” follows fan-favorite Tommy Egan, played by Joseph Sikora, as he cuts ties with New York and puts it out of his mind for good. Tommy takes a little detour on his way out of New York after losing Ghost, LaKeisha, and the only city he's ever known, to heal an old wound that's been bothering him for decades. What was supposed to be a simple rest stop becomes a maze of family secrets and lies Tommy thought were long forgotten. One move leads to another, and Tommy immediately finds himself caught up in Chicago's drug trade, sandwiched between the city's two most powerful gangs. He straddles the racial barrier in a city separated by race, eventually becoming the lynchpin that not only unifies them but also has the POWER to watch them fall apart. Moreover, Tommy utilizes his outsider status to his advantage as the first season develops at breakneck speed, breaking and rewriting all of the local rules in his drive to become Chicago's top heroin dealer.

So far, we've got the primary characters:

Overall, do you believe it's possible for you to turn down the opportunity to try on the clothes of such capable characters? I understand it isn't, so keep reading to discover what your true outfit is!

Some Tempting Outerwear From Our Collection

Each piece in this collection was created to bring forth your best qualities. These garments are more than just a covering; they're a tool for enhancing your attractiveness. Moreover, Our expertise created each outfit to be a one-of-a-kind item in the world. We employed a strict value affirmation technique in order to ensure that clients like you have access to the best clothes available.

So, once again, we assure you that you may put your trust in us and shop for goods without regard to size or prominence. further, if your choice is more Astonish Jackets so must check these Black Mafia Family Outfits, Doom Petrol Merchandise, UnderCover Jackets, and Much More jackets for You.

Will there be a power Book 4?

Starz has renewed “Power Book IV: Force” for a second season. The third “Power” spinoff to premiere on Starz, the series sees Joseph Sikora reprise his role as Tommy Egan, who flees New York and becomes enmeshed in the Chicago heroin trade.

What Will Power Book 4 be about?

Is Tommy coming back to power in Book 4?

If you've been missing Tommy Egan since the end of the original Power series in 2020, he's back in Power Book IV: Force.

Does Jeremiah play on the force?

Jeremih was cast as Elijah, a high-ranking member of one of Power Book IV: FORCE's key narcotics networks who are both street-smart and scary. The musician is embarking on an amazing new adventure, having the opportunity to film on set.

Is Tariq in power BOOK force?

Where was Power Book 4 filmed?

The series Power Book was filmed in Chicago, Illinois.