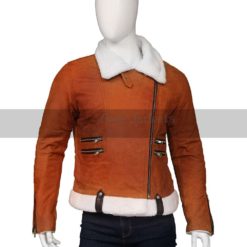 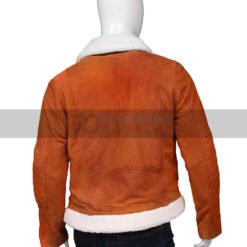 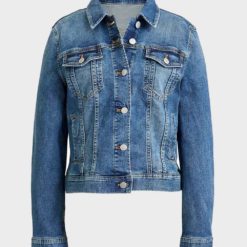 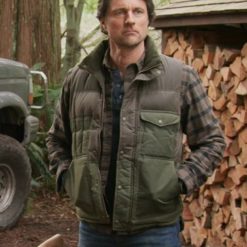 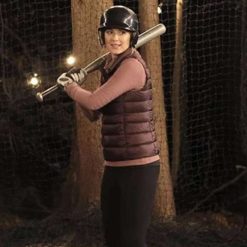 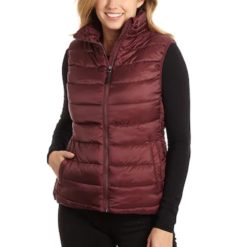 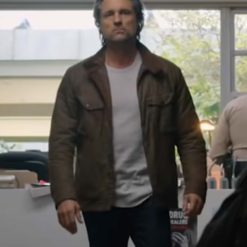 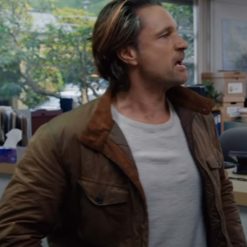 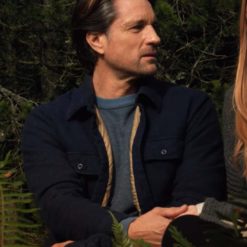 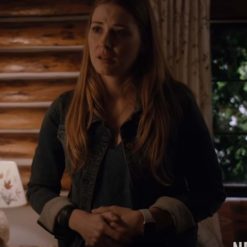 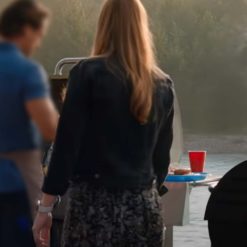 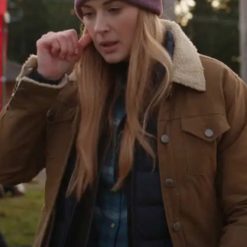 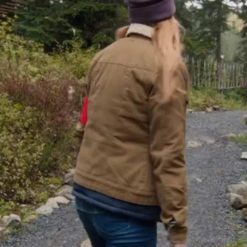 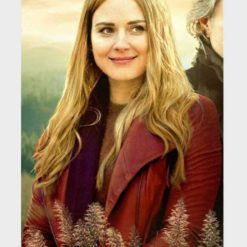 Real Jackets are grateful to have had the opportunity to serve our customers for such a long time. We believe in providing true satisfaction to our customers. Our team used the highest quality materials to create the product. In the past, we've offered a wide range of merchandise related to your favorite celebrity, films, and television shows. Here's some great news for all fans of Virgin River out there. We came up with this sensational collection of Virgin River Outfits. So, If you are a fashion enthusiast who enjoys movie outfits and costumes, have a look at our Virgin River Merchandise. Virgin River is an American romantic drama tv series that is now streaming on Netflix. This series is based on Robyn Carr's Virgin River novels. It was produced by Reel World Management. The show cast includes Martin Henderson as Jack Sheridan, Alexandra Breckenridge as Melinda Monroe, Colin Lawrence as John “Preacher” Middleton, Jenny Cooper as Joey Barnes, Lauren Hammersley as Charmaine Roberts, Annette O'Toole as Hope McCrea, Tim Matheson as Vernon “Doc” Mullins. The series revolves around Melinda “Mel” Monroe, a protagonist of the series. who responds to an ad for a job as a midwife and nurse practitioner in the rural Northern California town of Virgin River, believing it will be the ideal place to start over and forget her sad experiences. But she quickly realizes that small-town life isn't as simple as she had imagined. Before she can fully call Virgin River home, she must learn to cure herself. On December 6, 2019, Netflix released the first season. The sitcom was renewed in December 2019 for a 10-episode second season, which will premiere on November 27, 2020.   The sitcom was revived in December 2020 for a 10-episode third season, which premiered on July 9, 2021. The series got renewed for a fourth and fifth season in September 2021.

This show holds a lot of emotions that impress the audience. And it makes it possible because of its beautiful merchandise and captivating stories. The audience admired the show's various personalities and expressed an interest in adopting their mannerisms. So, if you're one of them, congratulations; you've come to the perfect place.

So, If you love to wear stylish and trendy apparel, look no further than our Virgin River Jacket Collection. We have a large collection of Virgin River jackets that you will adore. This Virgin River Outfits Collection contains all the outerwear that features in this series. like a jacket, coat, vest, hoodie, blazer as well as in every material like leather, cotton, denim, polyester, and many more. Furthermore, these Virgin River Jackets & Coats are magnificent that will enrich your persona and give you a confident vibe. You will fall in love with them after wearing them, and you will never want to take them off. Furthermore, every explicit detail of these coats, from stitching to design and style, highlights their beauty. You'll find a variety of marvelous Outfits in this Virgin River Collection.

I'd like to showcase a few of the most stunning costumes from this collection.

So, we hope you went with your heart's desire! Let us now respond to some of your show-related queries. Doom Petrol Merchandise, The Sex Life of College Jackets, Stay Close Jackets And Coats, and Heartland Tv Show Merchandise Must be Try its.

Where is Virgin River filmed on Netflix?

The majority of Virgin River was shot in British Columbia, Canada. It was shot all across the state. Jack's Bar is based on a real-life bar called The Watershed Grill in New York City (41101 Government Road, Brackendale, BC V0N 1H0, Canada)

Is Jack the father of Charmaine's baby?

Despite Charmaine's assertions, there is proof that Mike is the father. Rewind to the first season, when Charmaine informs Jack that she is expecting his children. He was absolutely blindsided, as fans recall, especially because they were no longer dating.

Who shot Jack in Virgin River?

Dan Brady, his old friend, was arrested for shooting him in the middle of it all. Virgin River fans, on the other hand, are suspicious that Brady fired the shot. In actuality, the true perpetrator is revealed in season 2 with a crucial hint.

Is Charmaine the mother of twins?

Despite the fact that Charmaine revealed her pregnancy with twins at the end of the first season of Virgin River, she has yet to show up by the third season. Other theories have circulated, including one involving IVF and the belief among some fans that Virgin River bad boy Brady is the father.

What happened to the Preacher on the Virgin River? Paige eventually confessed to Preacher that she and her young son Christopher were on the run from her abusive ex-husband, Wes, as the two became closer. Wes tracked Paige down in Season 2 of Virgin River, and she accidentally murdered him during a violent struggle.